Peter Hartman. Intensely involved and passionate driver of Dutch aviation. ‘ Such is the inscription of the General Cuts Medal of Honor which Minister Jeanine Hennis-Plasschaert handed him today in Restaurant Dutch at Hotel van Oranje in Noordwijk. Hartman was CEO at the Royal Dutch Airlines (KLM) from April 2007 until June 2013.

He received the award according to the jury in recognition of ‘his unsurpassed dedication and the inspiring determination with which he has worked for Dutch aerospace’. He did this in particular by successfully managing KLM during the economic crisis.

Difficult period
The minister made a comparison with General General Snijders, after whom the award was named. He was also at the head of the Dutch armed forces, the First World War, during a difficult period. “You too have always worked from a great sense of duty, a heart for the business and with an unbridled commitment, and you did everything to guide KLM through this difficult period.”

KLM safety level unrivaled
Despite this, Hartman never compromised on safety. “As a result, the level of safety at the KLM in 2017 is second to none, and you have ensured that not only the identity of KLM but also the jobs were maintained during the merger with Air France”, Hennis said.

Investing in people
The minister also praised the fact that Hartman continued to invest in people despite the crisis. “Of course you can ask yourself at such a moment if that is wisdom and if you do not have to clean up hard, but your creed was ‘We keep the family together’.” However, Hartman took a number of unconventional measures. In this way he gave pilots a ground function.

Whole sector in the spotlight
Hennis: “But with an award like this, we not only put a specific person in the spotlight, but the entire Dutch aviation sector, which is well-regarded and the contribution to the Dutch economy is great, for example in the field of development and innovation. sector also generates a lot of employment. “

You can register now for the NLF Prizes 2022.The deadline is August 31st. In september we will let you know if you are selected for the trainingsession in October. Then you will hear if you Read more… 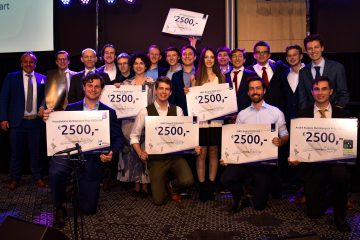